History is in a part the record of men's struggle to win recognition of many of those human rights which are enumerated in the Universal Declaration adopted by the United Nations in 1948.

At first glance, the Declaration might seem to be the culmination of the hopes and efforts of all who have fought the cause of human freedom in one form or another; and it is true that all their struggles have contributed to the creation of the conditions in which the drafting and acceptance of the Declaration became possible. But it would be a serious mistake to see in each instance a conscious movement in favour of the universal enfranchisement of man, or to represent the history of human rights as one of steady and unbroken progress towards that end.

Although, throughout history, people have struggled to defend or establish certain rights, this does not mean that they were freely claimed for all men nor that those who enjoyed them felt themselves under any obligation to give their leadership or encouragement to other less fortunate groups. On the contrary, we find that in the past these rights were often regarded as the privilege of certain limited sections of the community.

For example, the democracy of Athens observed equality before the law, equal participation in drama and games, freedom of speech and many other rights for those who were citizens, but these privileges were denied to the greater part of the population. Moreover, Athenian democracy was to a great extent treated by the Athenians as something peculiar to themselves, which marked them off from Sparta, for instance, and above all from the "Barbarians".

Thus, while the democracy of Athens in the fifth century B. C. was perhaps one of the most complete the world has known, it was also one of the most limited in scale, for the number of people in Athens with full privileges of citizenship at this period was probably no greater than 40,000 (women, children under 18, resident foreigners, and slaves did not count as citizens in the political sense).

In the English Magna Charta of 1215, which is commonly regarded as one of the milestones in the struggle for human rights, we read: "No freeman shall be taken or imprisoned or dissiezed or outlawed or exiled or in any way destroyed, nor will we go upon him nor will we send upon him, except by legal judgment of his peers or by the law of the land."

Discover other issues on Human Rights in the Courier. 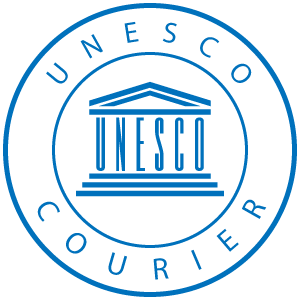 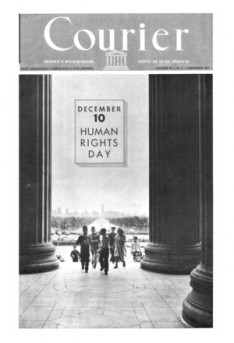