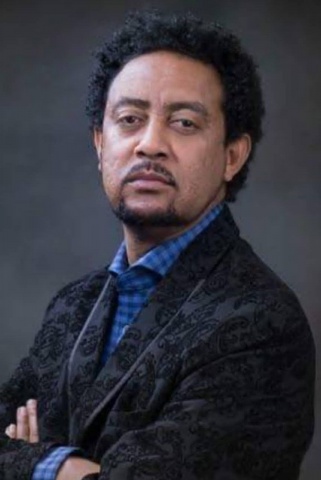 Mr Desaalegne Hailu is the President of the Ethiopian Filmmakers Association, an Executive Board member of the Cinema Halls Administration of Addis Ababa, a Goodwill Ambassador for the Ethiopian Wildlife Conservation Authority, a Board member of the Ethiopian Charities and Societies Forum and a Board member of the Ethiopian Copyright and Neighboring Rights Collective Management Societies. He has acted in more than 50 locally produced feature films, plays, TV dramas, TV commercials, documentaries and short movies, mostly as a lead role. He has also contributed to Ethiopia adopting a film policy, a collective management society legislation and institution, as well as a new civil society law, among other achievements. He was formally introduced to the art world in 2000 and has worked on numerous projects since including: Face of Africa & Ethiopia with the renowned German photographer Peter Palm; numerous student projects as a director and actor including a main cast role in Zion, a short film by Richard Nelson; Teza, a film directed by Mr Haile Gerima which won over 55 international awards, as an assistant to the costume designer, consultant, press officer and actor. From June 2007 to October 2008 he also hosted, wrote and directed some scripts in the popular TV show Forum Cinema. Mr Hailu has taught script writing, directing, acting and production management in different film schools. He studied filmmaking at the Cosmos Audio Visual Training and Research Institute and graduated in theatre arts from Addis Ababa University.