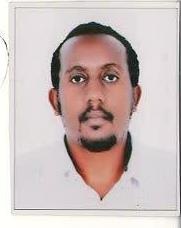 Mr Menelik Merid has worked with the Alatinos Ethiopianist Filmmakers Association for the last 12 years, where he has served as a regular member, Secretary of the Board of Directors and where he is now the current President. It is his and the Board of Directors’ vision to see the Ethiopian Film Policy shift from paper to practice. Having been associated on the draft of this policy, Mr Merid believes that it will bring prosperity and change, notably through the establishment of a Film Council. As the leader of one of the few film associations in Ethiopia, it is his objective to work tirelessly to bring about profound change in the life of film professionals and see many projects bloom in the fertile soil of the Ethiopian film industry. His vision, as a lover and professional of cinema, is to see many schools of thoughts and styles develop in Ethiopia, notably by creating the necessary environment for freedom of expression to prosper through the fair implementation of the Film Policy. Mr Merid is currently developing a twelve-episode season of a TV series entitled Eclectic, which will represent the different schools of thought and styles that have been evolving in Ethiopian theater and film for the last 120 years. In the near future, as a director, he wants to make films, plays and TV series representing a variety of themes and styles. Mr Merid holds a bachelor’s degree in theatre arts from Addis Ababa University. He has also taken a film course at the Master Institute in Addis Ababa for one year and holds a diploma in filmmaking.