Who was Keizo Obuchi ? 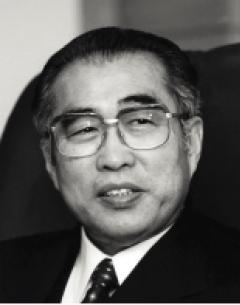 Mr Keizo Obuchi, former Prime Minister of Japan, was born on 25 June 1937 in Nakanojo, Japan and sadly passed away on 14 May 2000 at the age of 62. Son of a politician, he resolved to become a politician himself. Soft-spoken and charismatic, he was known as a man of modesty and integrity.

He built a reputation as an exemplary official and was a particularly adept negotiator. Member of Japan’s Diet (Parliament) for over thirty years, he served as Japan’s Foreign Minister in 1997 until he was elected Prime Minister in July 1998.

"I believe that the foundation of education consist in fostering the life force, a cooperative and helping spirit and a heart which respects our natural environment" (Keizo Obuchi, the Prime Minister of Japan)

Where did the fellows go ?