[Translate to francais:] HOPE calls for a Sustainable Development Goal on the Ocean 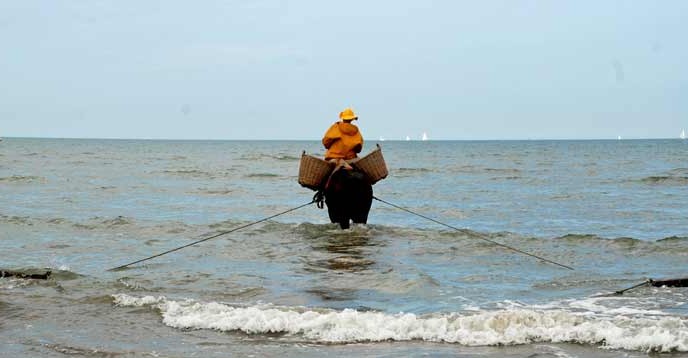 [Translate to francais:] A “Declaration of HOPE” was issued at the close of the Healthy Oceans - Productive Ecosystems (HOPE) on 4 March, calling for urgent action to better protect the marine environment following a wake-up call in the form of the first comprehensive overview of the state of EU seas. Among the 400 attendees were 15 EU Environment Ministers and representatives from Member States, academia, industry and other organizations, including the Intergovernmental Oceanographic Commission of UNESCO (IOC-UNESCO).


[Translate to francais:] Organized by the European Commission on 3-4 March 2014, the conference provided an opportunity for those working with the European marine environment to discuss the findings of an assessment report published by the European Commission in February, offering the first comprehensive overview of the state of EU seas. It showed that more efforts are urgently needed if the EU is to reach its goal of a healthy and productive marine environment: by provding clear and comprehensive information on the problems, the report allows the ocean community to understand what can be done to improve the situation. Next steps were discussed in detail during the Conference.

During the second day, dedicated to the solutions, IOC-UNESCO programme specialist Julian Barbière provided an international perspective on the implementation of the Ocean Chapter of the Rio+20 Outcome Document. He demonstrated that a healthy ocean is central to sustainable development, and presented possible targets that could make a difference if included in the international development agenda.

The Declaration of HOPE calls for 11 concrete actions; first and foremost, it calls for Europe to "take the lead in implementing the Rio+20 conference chapter on oceans through the UN post-2015 framework, including through considering a Sustainable Development Goal on Oceans and supporting the UNCLOS implementing agreement on biodiversity beyond national jurisdiction”.  It also calls for increased research budgets devoted to understanding the ocean and its role in supporting life, halting biodiversity loss and improving the conservation of vulnerable marine habitats through an effectively managed, well connected system of protected areas, and involving the public in ocean protection.

A concise report summarizing the main points of discussion will be published in the coming days on the HOPE website, where presentations are already available.