Such a testimony reflects the impact of one of UNESCO’s early mental engineering initiatives aiming to combat racial inequality. It is true that even today, sixty-five years after the first UNESCO Statement on race, humanity still has to fight against racism and its related issues, but it is obvious that the moral condemnation of racism, supported by scientific evidence, that UNESCO spread around the world since 1950, not only reached people on the ground, or at least some of the leading figures, but also influenced them.

“Whenever it is, whatever form it takes, racism is an evil force, and to the extent that UNESCO can kill it by the truth, it will do good,” the New York Times proclaimed in “The Myth of Race”, published on 19.7.1950.To eliminate thinking in terms of superior and inferior races among a large number of people takes more than issuing a statement. To make its voice heard, UNESCO organized a major campaign reported by the press.

The same year, the Statement on race was reproduced in full in three magazines and mentioned in 133 news articles, 62 in-depth articles and in eight major news reports from all over the world. Besides these articles recorded in an inventory of press clippings, it was estimated that there were an additional 50-75 articles that UNESCO had not tracked. In addition, there was some radio publicity and the distribution of the thousands of copies of the Statement itself. 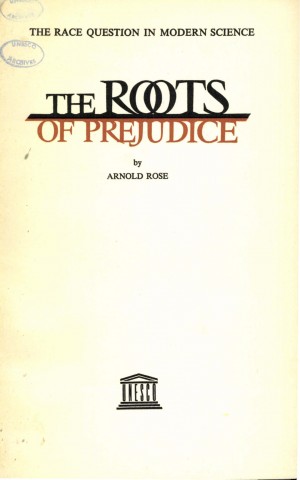 Also the UNESCO Courier had an important role to play in the promotion of the moral condemnation of racism. Already in November 1949, the Organization’s popular journal issued an in-depth article on “The Question of Race and the Democratic World”, announcing a series of pamphlets on race questions to be published starting from 1950. (See all the articles issues on racism in the UNESCO Courier)

But it soon turned out that the pamphlets had problems reaching the “man in the street” in most of the countries, in part because they were published only in English and French, but also because they were too difficult to understand. The reader required at least a high school degree to grasp the contents. In addition, their layout was not very compelling.

Towards new ways of thinking

Nonetheless, in the early 1950s the pamphlets were among UNESCO’s best-selling publications and represented a substantial proportion of all the new titles published in the United States in the field of anthropology. In the late 1950s the pamphlets had been translated into 13 languages and printed in more than 300,000 copies.

In the long run, they infiltrated national education systems, because they were written by recognized scientists, they were discussed and used in leading scientific journals, and represented a steady bombardment of publications that at least physical anthropologists had to deal with.

Along with the pamphlets, UNESCO issued four statements on race, from 1950 to 1967. 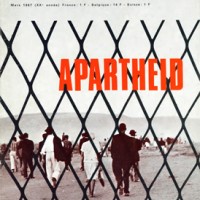 That had consequences, of course, but not always the ones intended by UNESCO. South Africa withdrew from UNESCO in 1956 as a consequence of the race pamphlets and what was felt to be the Organization’s interference in internal affairs. In the US, some of the publications were severely criticized, and in Los Angeles, all UNESCO publications were eventually banished from the public school system in 1953, which again led to apprehension among school administrators all over the US concerning the use in public schools of any of UNESCO’s publications, regardless of their content.

On the other hand these incidents only added to the public awareness. Also, as a number of segregation cases reached the US Supreme Court, the outcome of UNESCO’s Race Program would play a role in the eradication of state-approved segregation. During the 1950’s and 1960’s, several experts affiliated with UNESCO and its Race Program were brought in as expert witnesses. In 1967, for example, the US Supreme Court declared unconstitutional the laws that banned interracial marriages.

There is therefore no doubt that UNESCO's statements on race and the authority with which they spoke had a psychological impact and that they paved the way for a new way of thinking.

In that sense, the Global History of UNESCO Project, launched in 2014 and sponsored by the Danish Council for Independent Research, aims to draw a new history of the Organization that will bring a better understanding of UNESCO’s role in the post-war period. 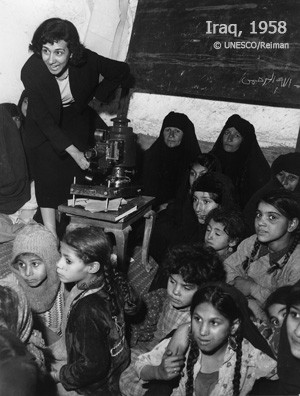 Prior to the Organization’s 60th anniversary in 2005, UNESCO was only subject to scattered attempts at writing the history, based on published material produced by UNESCO, and not its unpublished, administrative documents.

In 2005, the Organization launched the UNESCO History Project, encouraging the use of archival material. The subsequent research has exposed UNESCO as an excellent prism reflecting ways of thinking that became popular on a global scale in the postwar period in the fields of science, education and culture.

However, the research has still not convincingly revealed UNESCO’s particular role in disseminating these thought-patterns. In fact, one tendency has more or less dominated the research: making retrospective analyses focus on the roots of UNESCO rather than on their impact, the center of attention being the UNESCO Headquarters in Paris rather than UNESCO’s actions and impacts worldwide. Consequently, UNESCO has come to appear as an Organization reflecting contemporary intellectual trends rather than influencing them.

It does of course make good sense that historians try to understand the Organization’s initiatives before assessing their influence on the outside world, but after 70 years of history it also seems appropriate to take it a step further. 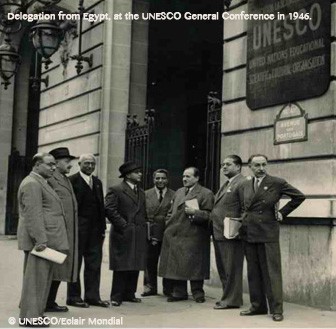 The main reason why the history of the reception of UNESCO’s initiatives has not already been written is not that it is considered irrelevant, quite the opposite. The main reason is that the historical impact studies are relatively easy to begin with, but often become rather difficult to complete in a fully satisfactory way, which is again a matter of what kind of impact the historians are looking for.

If Abu Simbel temples at their new locations in Egypt provide undeniable physical evidence of the impact of UNESCO's safeguarding campaign in 1959 that mobilized international attention on a world-wide scale, it is much more difficult to explain how other major UNESCO initiatives – including those carried out far away from Headquarters - helped the Organization to implement its original mission. By original mission, I mean changing people's way of thinking, enabling them to see humanity as an entity with a shared past and common values, and enhancing their ability to live peacefully together.

This is the main challenge to be addressed by the Global History of UNESCO Project, which has to produce tangible results from now to 2017.

P. Duedahl is Professor of History at the Department of Culture and Global Studies at Aalborg University, Denmark, and Director of the Global History of UNESCO Project, sponsored since 2013 by the Danish Council for Independent Research. In 2013, he received the History Book of the Year Award in Denmark.

A History of UNESCO: Global Actions and Impacts, edited by Poul Duedahl, will be published in 2016, by Palgrave Macmillan. In this publication, leading historians within the field trace the routes of selected initiatives from the center to the periphery – from UNESCO's Headquarters in Paris, to the member states – to assess UNESCO's global impact from World War II and up till today.

As part of the celebration of its 70s anniversary, UNESCO hosts on 28 and 29 October 2015 the Conference Making a Difference: Seventy Years of UNESCO Actions