Mashad is situated in the north east of Iran, on a natural corridor that runs along the borders with Afghanistan and Turkmenistan between two mountain belts, and has hosted both merchants and invaders for centuries. Although not an ancient city, Mashad is Iran’s second largest, the capital of the important province of Khorassan, and a centre of industry, commerce and learning. The city also holds the most sacred religious shrine in all of Iran, the tomb of the martyr Ali ar-Riza, (Reza in Farsi), eighth in the line of Shia Imams, appointed by the Caliph al-Ma’mun (813 - 833 AD) and killed two years later while travelling through this region. His tomb soon became a place of pilgrimage, and the surrounding town of Mashad increased in size and wealth as a result. In the 15th century, the formidable Gowhar Shad, wife of Tamerlane’s son and successor, erected the splendid mosque that bears her name on this site, and is regarded to be one of the pinnacles of Iranian architecture.

The 16th century AD saw further development of and investment in the city, as the Safavid dynasty rose to power and imposed Shia Islam on the entire empire. Shah Tahmasp (1514-1576), and later Shah Abbas the Great (1587–1629), lavished grand buildings upon the shrine and endowed it with the broad thoroughfare that still bisects the city and gives access to the shrine at its centre. The city’s accessibility from the mountain passes laid it open to raids by Arghani, Uzbeks and Turkish nomads, but it also provided a vital resting point and trade centre for the many merchants who passed along the same routes, and who enriched Mashad with their goods and ideas. 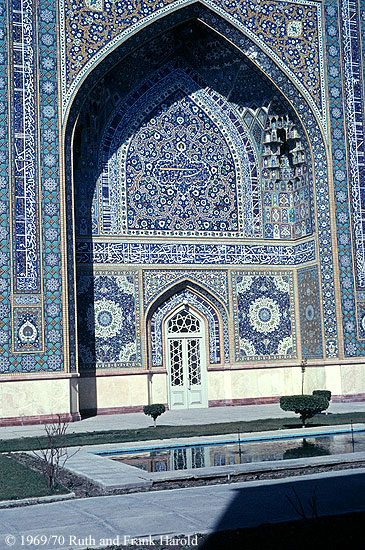 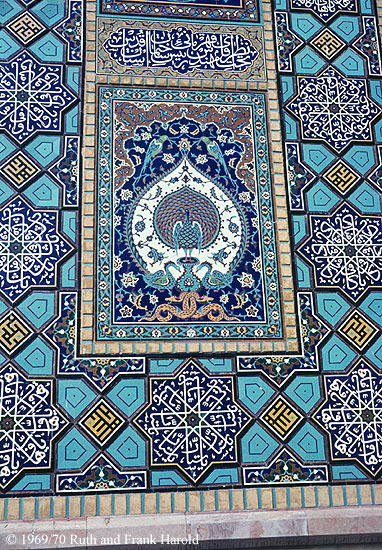